Arguments: If they're Healthy in Relationships, Are they Useful at Work? 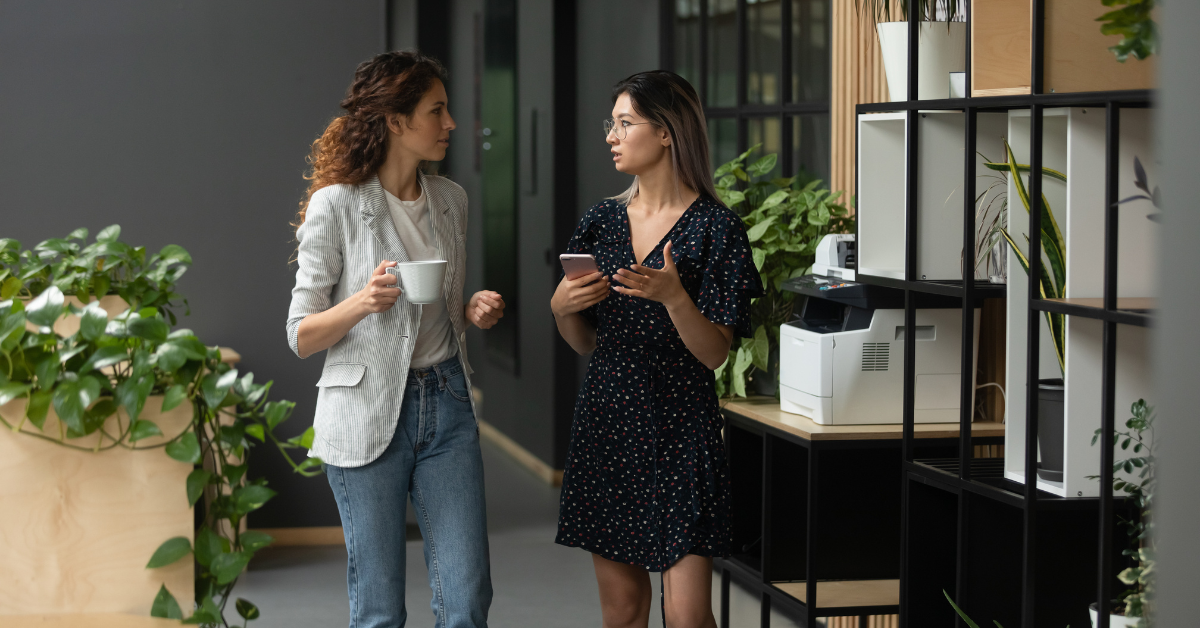 Arguments are necessary (and actually healthy) in relationships. Fights help you to learn about each other, find a compromise or a new solution, and demonstrate that you care enough about your values and the relationship itself.

But what about in the workplace?

It’s natural to want to avoid conflict, especially with senior members of your work team. New employees especially shy away from this, not wanting to be viewed as combative, unprofessional, or disrespectful.

But running away at the first sign of a conflict may do more harm than good. Disagreements can foster healthy debate and serve as an opportunity to iron out any creases in your team's group dynamic or relationships with one another. Being open to different opinions can also lead to exciting new ideas and brainstorms in your workplace!

You spend a lot of time with your co-workers, so it makes sense that you might butt heads every once in a while or get on each other's nerves. With the amount of work your organization likely has to do, it would be naive to think that disagreements would never come up.

So, let's examine when arguments are good, and when they’re bad…

The right kind of argument

Arises from a difference of opinion

When two colleagues genuinely believe that one option is better than another and aren’t just picking a fight for the fun of it, a civilised debate is a great course of action. Each side can clarify their reasoning, elevate their understanding of other areas of expertise, open up new perspectives, and generate a list of alternatives.

If you’re going to raise a debate or even ask for feedback and opinion, be mindful of those who may feel strongly about a particular issue due to their background, role, skill set, position in the company and more.

Also, think about the mixture of people in the room. How do their personalities mix or clash? Not every person needs to be present for every discussion–make sure to take into account who will best present certain arguments and who might be too emotionally invested or affected by issues.

If everyone prepares, there’s more to gain. Think of an ‘argument’ not in the sense of a conflict, but like an essay or a case put forward by a lawyer. Being read to ‘present an argument’ means everyone can back up their opinion with information. This makes it less likely that anyone will get shut down, and avoids the frustration of clutching at straws to prove your point.

As a general rule, it’s imperative to be well-mannered in the workplace. Those who shout, whether at work or outside it, are placing the importance of what they have to say above everybody else, which is immature and unhelpful. It sounds elementary, but it’s important to remember to actually listen to the opposing side!

The wrong kind of argument

Starts with a tone of voice

“It’s not what you said, it’s the way you said it” can apply at work too.

Often, colleagues don’t actually differ that strongly on the point in question, they are simply offended by the tone used, perhaps feeling that it is flippant or condescending.

If you’re saying or hearing a lot of ‘but’ and ‘however’, or you start to feel like you’re going in circles… It’s time to call an end to the discussion.

Unless everyone is willing to give an inch and move towards a new idea, it’s easy to fall into the trap of wasting time and increasing frustration by stubbornly defending points over and over–ultimately getting nowhere.

Investigating someone's point further shows that you respect it and are willing to explore it. It’s also about asking the right questions.

Only asking “Well, why?” can cause defensiveness, as it demands that someone justifies how they feel. A better alternative to “why” is “how” –  asking “how” something can be better explained, and giving the other person the opportunity to lay out a plan that could work. In doing this, they may even realize some holes in their plan and ask you for input.

Is more body language than words

By this, we mean that combative or defensive body language should be avoided. Crossed arms, aggressive eye contact or angling away from the person speaking sends negative signals. Maintaining neutral, engaged posture and positive eye contact (practicing ‘active listening’) can make someone feel heard, rather than spurring them on to make their point again and louder this time.

Arguments are inevitable at work. You spend 40+ hours a week there, so conflict will arise at some point. The key to a peaceful workplace is not avoiding conflict, but going about arguing in healthy ways. Above all else, remember to listen, and keep in mind that no matter how annoying your co-worker is being on a given day, they’re a human being too!

3 minute read - enough time to switch off from that work project and enjoy your coffee ☕ We have...
View