Crypto Regulation Around the World

As crypto becomes more popular and is actively used to trade and purchase worldwide, nations are looking to design policies which will protect them from risk and allow them to tap into rewards.

What risks, you ask? In previous years, crypto has been associated with volatility and criminal activity.

The Harvard Gazette explained that some see it as ‘a sketchy payment and investment vehicle favoured by scammers and speculators’ as well as ‘criminal organizations.’ It’s even been referred to as ‘the wild west.’

This stigma surrounding crypto has held it back from being embraced by the mainstream, despite its potential to affect positive change when used responsibly.

Those within the crypto space also stand to benefit from the changes. By reducing speculation, and replacing volatility with stability, regulations could draw in longer-term investors, and support the industry’s development overall.

As far as rewards go, The Conversation highlighted that ‘countries that welcome crypto networks reap economic benefits through innovation, investment, jobs and taxes,’ an area of opportunity that few modern economies can afford to ignore.

The same can be said for businesses, where the adoption of crypto assets can provide ‘access to new demographics and technological efficiencies,’ thus widening customer bases, reducing effort, and maximising profit.

It’s a changing world; one increasingly defined by new technologies, with financial markets that evolve and redefine themselves faster than ever.

The choice we’re faced with is to keep up or be left behind. So, how are the authorities of the world moving to embrace the future while minimising risk?

Each country's approach to protecting against crypto’s dangerous side, and embracing its potential, is unique. Contrasting routes can be already seen globally.

In today's blog, we’ll present an overview of the legal regulations on crypto across several major regions.

In the US, crypto regulations are, in Investopedia’s words, ‘symptomatic of confusion.’

This is due to the contradiction between different regulators. The Commodity Futures Trading Commission (CFTC) views and handles cryptocurrency as a commodity, whereas the Internal Revenue Service (IRS) has designated it as property, Investopedia stated.

This represents the main challenge of crypto regulation which authorities have struggled with so far: As crypto is so dissimilar to other kinds of assets and wealth, it does not fit neatly into any pre-existing system.

Cryptocurrency is not currently recognised as a legal tender in the US, but exchanges are legal, falling under the Bank Secrecy Act.

According to Comply Advantage, ‘this means that cryptocurrency exchange service providers must register with FinCEN, implement an AML/CFT program, maintain appropriate records, and submit reports to the authorities.’ Essentially, these measures prevent crypto from operating ‘off the radar.’

FinCEN has also proposed placing data collection requirements on crypto exchanges and wallets. This is expected to come into action in autumn 2022, Comply Advantage reported.

The authority to collect data would allow the organisation to better understand and report on trends in the crypto space, thereby putting them in a better position to develop appropriate regulations in the future.

As stated by JDSupra, in March 2022 president Biden signed an ‘Executive Order on Ensuring Responsible Development of Digital Assets.’ It focuses on areas like consumer and investor protection, stability, financial inclusion and responsible innovation.

This will act as an outline for decisions related to crypto in the future and signals an intent to assert control of the new asset class.

In September 2020, the EU proposed new regulations as part of a digital finance strategy, for markets in crypto assets, or ‘MiCa’, for all its 27 member states.

These regulations would apply to ‘assets, markets, and service providers that are currently not regulated on an EU-level’, as stated by Sygna. It’s thought that MiCa could support financial stability and may become a model for other regions.

The European Parliament explained that the new rules aim to ‘provide legal certainty, support innovation, protect consumers and investors and ensure financial stability,’ in order to ‘encourage the development and use of these technologies.’

As with the US plan, we can see that the goal here is to foster development and be seen as forward-thinking leaders in the crypto world but not at the cost of financial vulnerability.

The European Central Bank is leading a charge to bring digital currency into the fold of centralised banking, by creating the ‘digital Euro,’ which is a Central Bank Digital Currency (CBDC).

This type of hybrid currency is described by Investopedia as ‘digital tokens, similar to cryptocurrency, issued by a central bank,’ and is tied to a given country’s fiat currency. This means that a nation can embrace the benefits of digitalised trade, while its traditional centralised finance systems maintain dominance.

According to Pymnts, the digital Euro has the potential to ‘lower interest rates, speed up transaction processes and reduce the use of cash.’ Once more, this offers reduced effort and cost compared to existing models and could potentially enhance the financial well-being of the general population.

The UK government is taking a seemingly confident approach, stating its intent to make Britain a ‘global hub for crypto asset technology and investment.’

The plan involves bringing stablecoins within regulation, ‘paving their way for use in the UK as a recognised form of payment,’ as well as collaboration with the Royal Mint to create an NFT, and a new engagement group to work closely alongside the crypto industry.

Chancellor of the Exchequer Rishi Sunak stated that the plans will ‘ensure firms can invest, innovate and scale up in this country’ and ‘ensure the UK financial services industry is always at the forefront of technology and innovation.’

He hopes that as a result, we will ‘see the businesses of tomorrow – and the jobs they create - here in the UK.’

This attitude focuses on the economic and social rewards that may come from adopting crypto, but only after the necessary steps have been taken in terms of regulation.

At the opposite end of the spectrum, China made all crypto transactions illegal in 2021, citing the climate impacts of mining, fraud and money laundering as the main reasons.

They are not the only country to have done so. Others include Egypt, Iraq, Qatar, Oman, Morocco, Algeria, Tunisia and Bangladesh, as stated by Fortune.

Building on this, the People’s Bank of China is introducing its own CNBC.

This digital yuan has been called ‘the biggest contender in the CBDC universe’ by crypto investment platform Shrimpy.

China has struck a key balance here, by introducing a CBDC that replaced cash, but not bank accounts.

In a country that is already practically cashless, nothing much changes for regular citizens. However, this system harnesses the best of both worlds: The speed and convenience of new tech, coupled with the stability and control factor of centralised banking.

Further developments and alternatives are emerging in all parts of the world, and the situation is likely to change rapidly as the results of each strategy become clear. 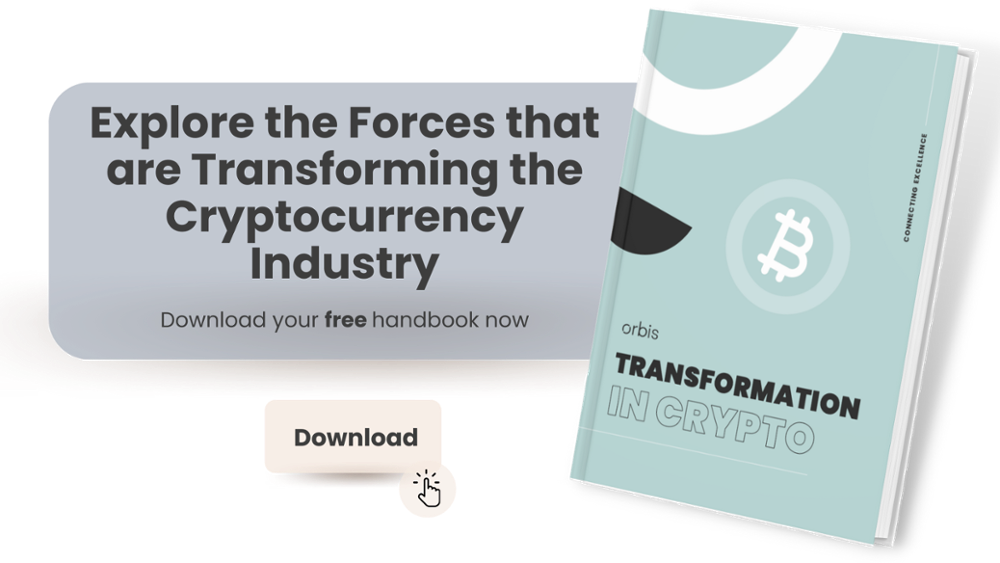 Biases - we all have them. Whether it’s our favourite bar or pub, or our ultimate films and movies,...
View

Ways to Stop Overthinking Everything

3 minutes - enough time to finish your breakfast and start the day productively 👍 Are you an...
View