People Behind the Brand: Youlim Jun

In today's edition of People Behind the Brand, the series where you get to know the humans of Orbis, we’re catching up with People Operations Co-Ordinator, Youlim Jun.

We caught up on all things D&I, the importance of company culture and mental health awareness in the workplace and all things creativity!

Read on for the full Q&A.

Tell us about your journey into People Operations…

I knew after my master's that I wanted to work within HR, but unfortunately at the time there was not a lot of space in the market for entry-level individuals and a lot of people get into HR by accident which makes it quite difficult to get your foot in the door.

I got my first job which had nothing to do with HR, as an intern in customer success, which was interesting but it was just not at all what I wanted to do and was fine for that time.

I found Orbis through an ex-colleagues profile, clicked on it, and was meant to join the Academy until the internal recruiter referred me to an operations role. So, I kind of got into it by accident like most people, and because my manager saw potential in me and my background in Organisational Psychology, she thought I could add to the role which was essentially created for me.

What attracted you to People & Operations and D&I in recruitment?

I think I've always been such an advocate for creating a safe space for people in general.

Whether that was just how I showed up as a friend, in my personal life, and at work. Work takes up half of your life and it affects your mental health as well as your well-being in general which is why I wanted to make sure that I was creating a positive environment in the workplace as well.

I think the best part of the job is creating a positive environment and experience for people and knowing that you made them feel comfortable where they are, feel safe and feel like they can be open and real.

On the flip side, what’s the biggest challenge in your role?

People will always come to you with whatever they're going through or any issues they're encountering. The challenge is not having to deal with that but more about having to create psychological safety for yourself while receiving this all of the time.

I never perceive people coming to me as a burden at all. But you do need to learn how to create a certain distance just to keep yourself mentally healthy while dealing with so many different situations.

What is something that you wish you'd known at the start of your career?

To not be so eager and desperate.

I just wanted to have a job because for me that was the most important thing at the time. For the job that I applied for before Orbis, I tried so hard to prepare for that interview and I presented myself in a certain way because I was so desperate to get into HR and in the end, it didn’t get me anywhere. I got to the final stage interviews, and was in the top 2 candidates…but they chose someone else and gave me what seemed like a poor excuse/explanation for why they made that decision. I felt like they kind of wasted my time.

Then when I interviewed with Orbis, I was a lot less desperate. I was myself and ended up being the best fit. I didn't go into it being like ‘please just give me anything’. And they went as far as creating a different role for me.

I've been able to learn a lot and I think you should know that you can be choosy as well, even if you're just entry-level or fresh out of uni or don't have any experience. It's also about what you want and not just taking anything given to you.

You’re a big advocate for mental health awareness and making people’s experience in the workplace the best it can be. What are your views on why this is important, and how we can go about it?

I think your mental health sets the tone for how you go about life, and how you make your choices. So it's really important.

It's the same as making sure that you're physically healthy. If you're not taking care of your physical health, you may get ill or get hurt and then you can't do certain things or live the way that you want.

It's the same with your mental health if you're not prioritising it. You can be very incapacitated. You're unable to get out of bed, you're unable to do the things that you would want to, and you can't even think straight because your mind starts spiralling and telling you lies.

Making sure that you put that first, sets you up for success. I think a way that we can do that in the workplace is by caring about people and not just doing it because we have to. At the end of the day, the people that are in your office are human beings with their own lives, their own pain points and their own issues.

First of all, caring and leading with the heart is where it starts. I heard that from an interview with Chief Heart Officer, Claude Silver, at VaynerMedia. She was really inspirational.

And then actually putting things into place like having a helpline that your colleagues can reach out to if they don't feel comfortable talking to somebody in the company, or offering therapy as well. Things like that are ways that your company or the workplace can encourage prioritising mental health.

In conversations about D&I, imposter syndrome can run riot. We often hear the phrase, ‘but I'm no expert.’

In your opinion, what do you think makes an expert?

I think an expert is someone who really puts in the time to learn all sides of a topic but also knows that just because they’ve consumed so much content about something, it doesn't mean they know absolutely everything.

It's also about being open to being wrong or about absorbing new information that challenges what you already know and still making sure that you go about it in a very objective manner.

I think when it comes to being an expert, it’s often tied to intelligence or being perceived as an intellectual person, and so people can take it personally if they're challenged, like ‘Oh, so you're saying I'm not smart. You're saying I don't know what I'm talking about.’

And I think that kind of sets you up for failure. Being humble is a big part of being an expert, I would say.

Coming from a background in Social and Organisational Psychology, how much importance would you place on company culture in an organisation?

Oh, I think it's almost everything. Especially if you want people to be passionate about what they're doing.

Of course, there will be people who are like ‘I'm just here to secure the bag, do my work 9 to 5 and it's done.’ But the company culture sets the tone.

If the culture sucks and people feel stressed, or it's demotivating, nobody's going to show up in the way that you want them to. It's just going to strain relationships, the quality of the work that you put out and people will leave so it'll cause a lot of turnovers too.

It's crucial to make sure that your business is running as best as it can and I feel that when you create a good company culture and improve relationships in the workplace, that promotes a lot of creativity and collaboration so you can go even further than what you expected.

In another life, what do you think you'd be doing?

I always say that if money wasn’t a thing, I would be doing something to do with creating with my hands. I'm really interested in getting into woodworking or pottery.

I would love to make artisanal furniture. I just love making things with my hands and I get stuck into it. I love learning how to do that stuff and I could spend hours doing it. 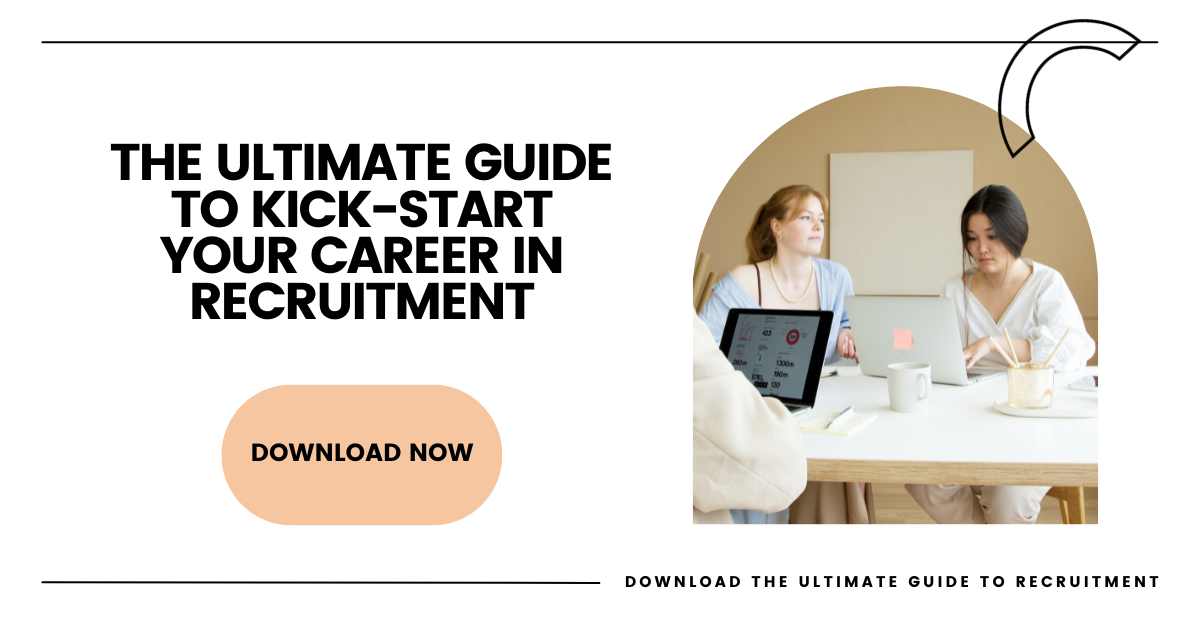 People Behind the Brand: AJ Parson

People Behind the Brand: Demi-Lee Griffiths

In today's edition of People Behind the Brand, the series where you get to know the humans of...
View